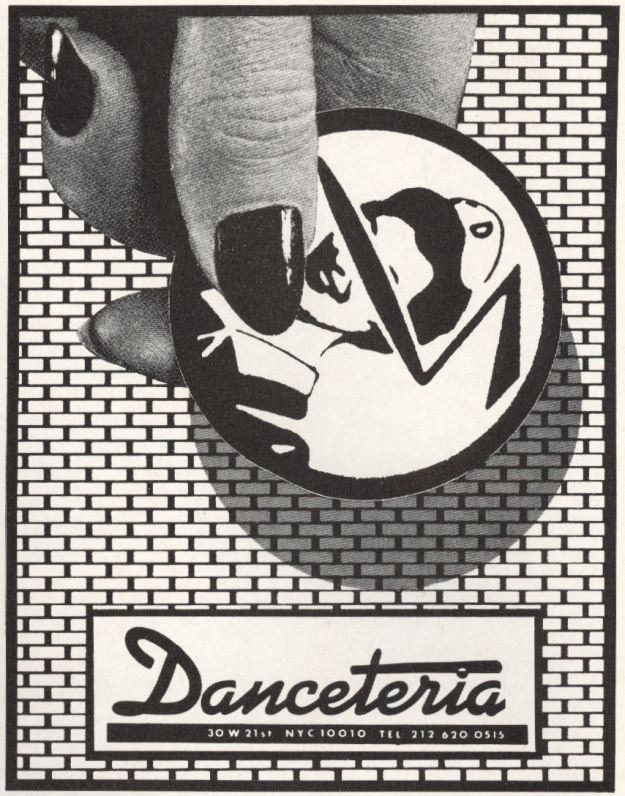 An ad for Danceteria from the December 1984 issue of The Face. (Scan by VA.)

NOTE: While this second of a two-part entry covers Psychic TV’s gig at Danceteria (part one included a look at a Circle Jerks’ show at The Reggae Lounge), its focus is more on the hijinks, buffoonery and events experienced among my friends and I over several days in NYC in late ‘83.

Now this was a club!  Danceteria was utterly brilliant: a four-storey funhouse that was exactly what the doctor ordered (especially if he’d been Dr. Robert).

END_OF_DOCUMENT_TOKEN_TO_BE_REPLACED

ABOUT My Life — In Concert! … *****NOTE: Blog-wide image repairs are underway (images linked over to my opensalon.com page disappeared when the site closed). Eventually all images will be restored. Thanks for your visual patience. YOURS, THE MANAGEMENT**** Greetings! I am a terminal music fan who will be writing about my life as a concertgoer from 1975 to the present. It’s about the music but also about the lives lived along with it, with each gig recollected as a whole experience rather than simply being a description of the performance: a mix of memoir, concert review, music history, and philosophical musing. I will also sometimes publish off-theme entries, both music and non-music-related. ****** I’m on Facebook (www.facebook.com/mylifeinconcert), have a work-in-progess YouTube channel, VATV (www.youtube.com/user/mylifeinconcert). Since 2010, my primary publishing platform and audience existed over on Open Salon but that online venue sadly closed in March 2015. Welcome here to all those who were following me and commenting over there. ****** Thanks to Cublet for artwork assistance.

Search My Life — In Concert!